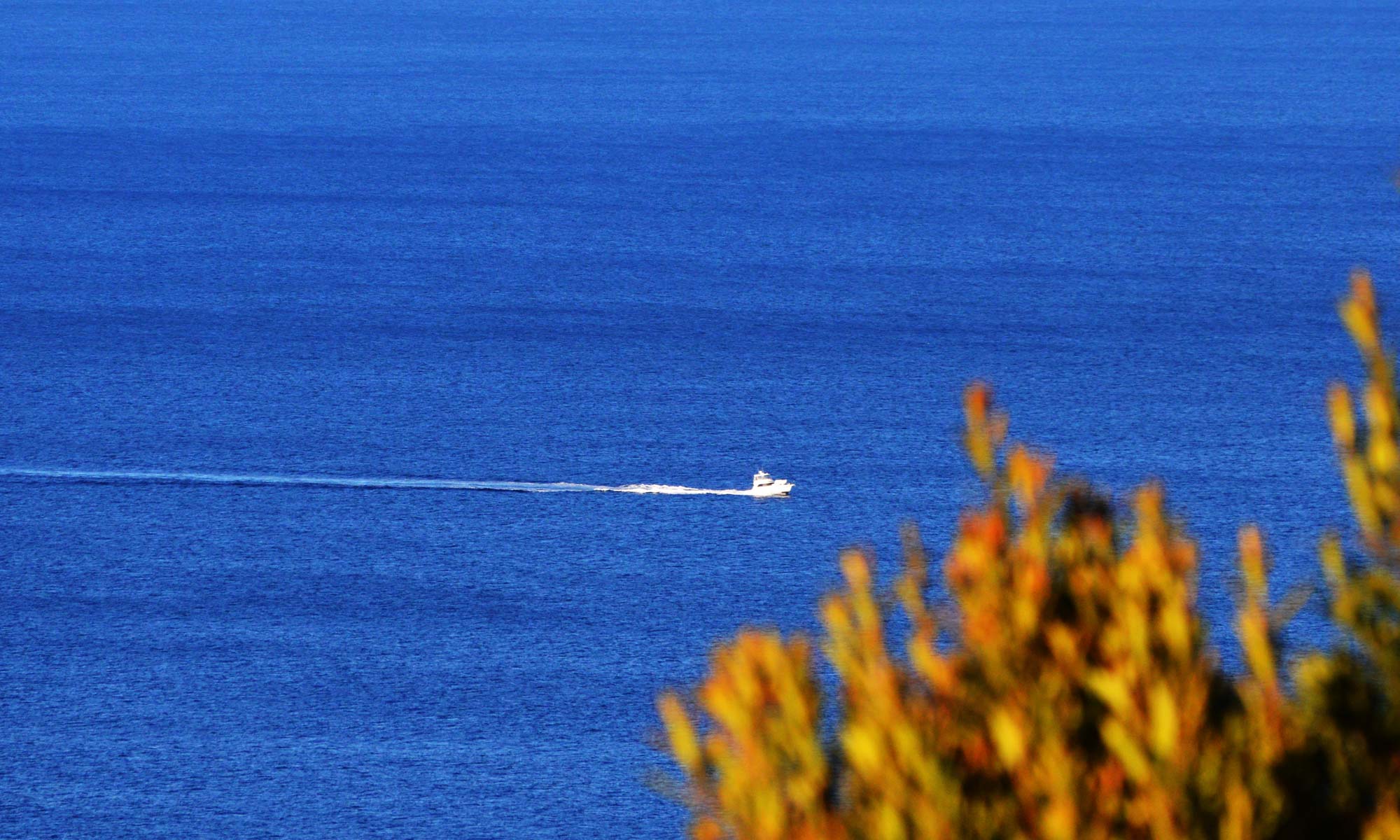 meeting the sea – hamster in australia

In my first blog, I talked about letting go of the script and expanding our virtual hamster balls. To achieve this it is very important that we break out of our rut, travel and see life beyond our circles. Nothing puts things into perspective better than “leaving”.

I have been lucky enough to expand my hamster ball to Australia. Landing from a high context, collectivist culture into a low context, individualistic culture certainly adds to your worldview. For me, it has been quite a breath of fresh air (literally). But this post isn’t a study in human behavior. This is a simple account of my first day in Australia and how I saw and felt the sea for the very first time.

I am currently visiting my brother in Sydney. We started the day with a loaded breakfast at this place called Pancakes on the Rocks. The first thing I noticed as we entered was big smiles, country music in the background and loud chatter. The classic weekend high. It must be contagious because I went all in and ordered these Australian sized chocolate and vanilla pancakes. These felt like heaven melting in my mouth. 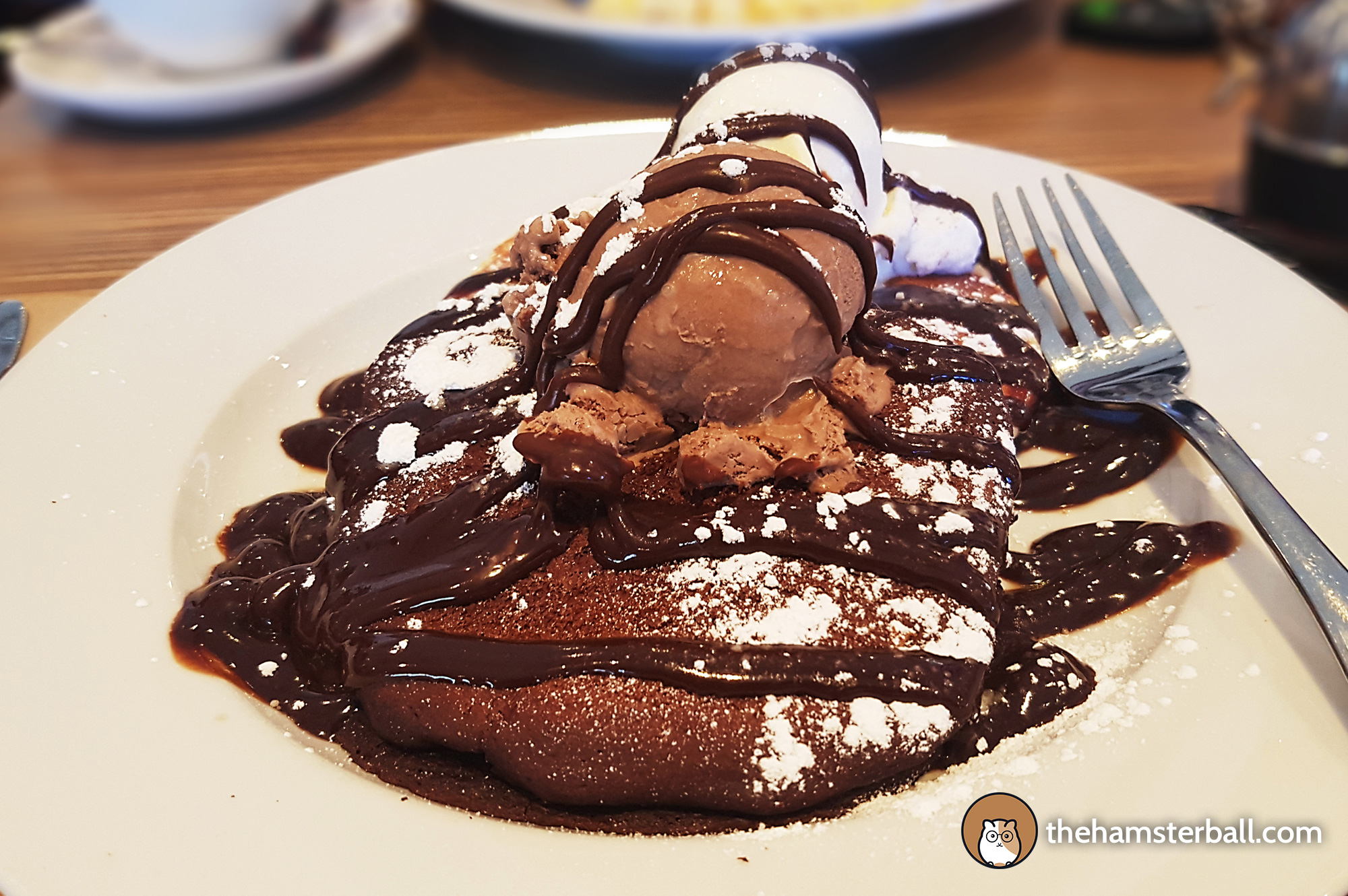 I strongly believe in the healing capabilities of a long drive, provided that it’s set against nature with minimal traffic. So after stuffing ourselves, we embarked on this journey of karaoke singing and deep contemplation about life, relationships, politics and future goals.

After driving for two hours alongside the Royal National Park we made a stop at a viewpoint. And there it was – the sea. Calm yet glorious. Minding its own business but forcing you to pay attention to it. For some time I just stood there, taking in its enormity and the deep blue from above. 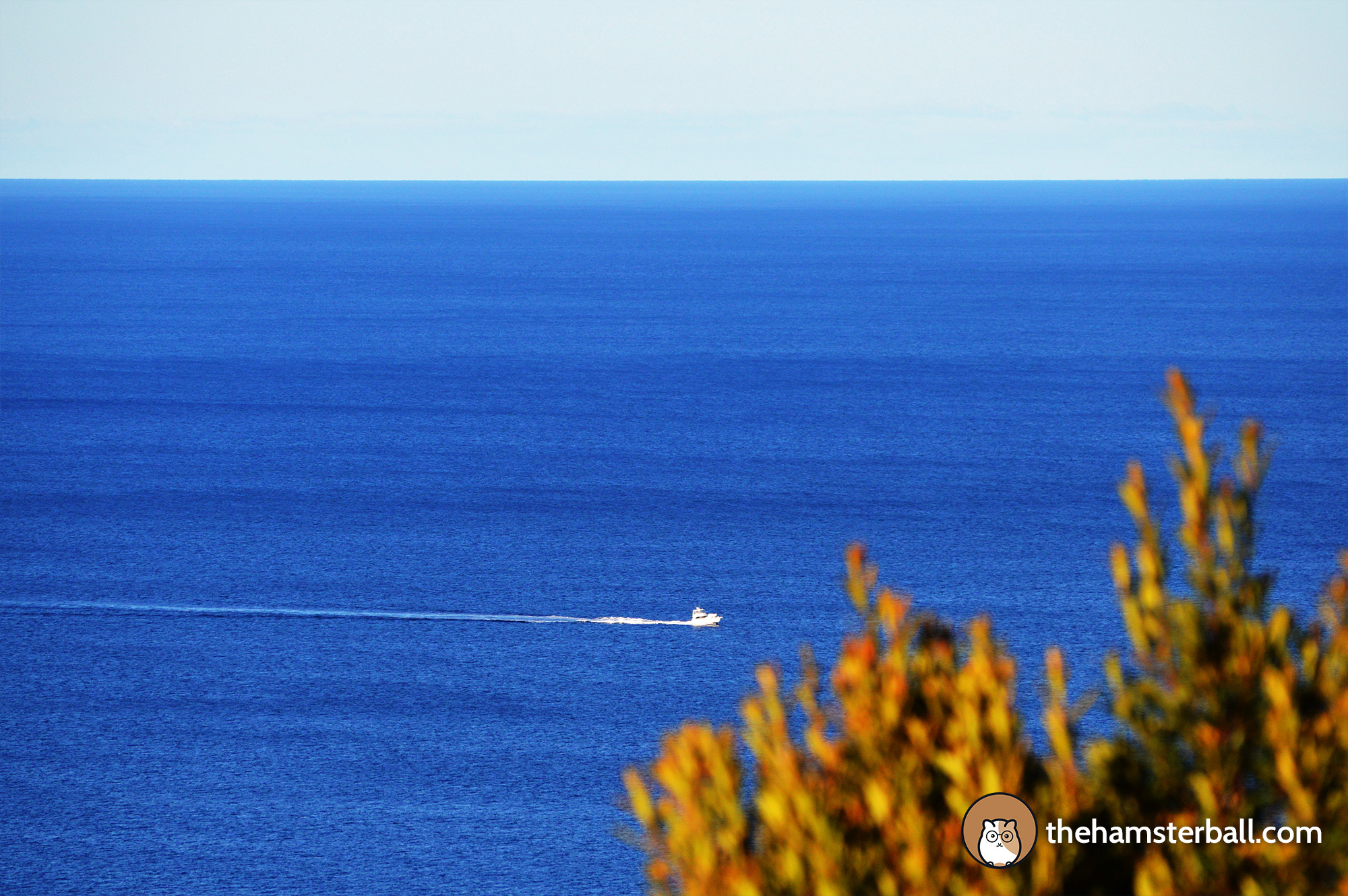 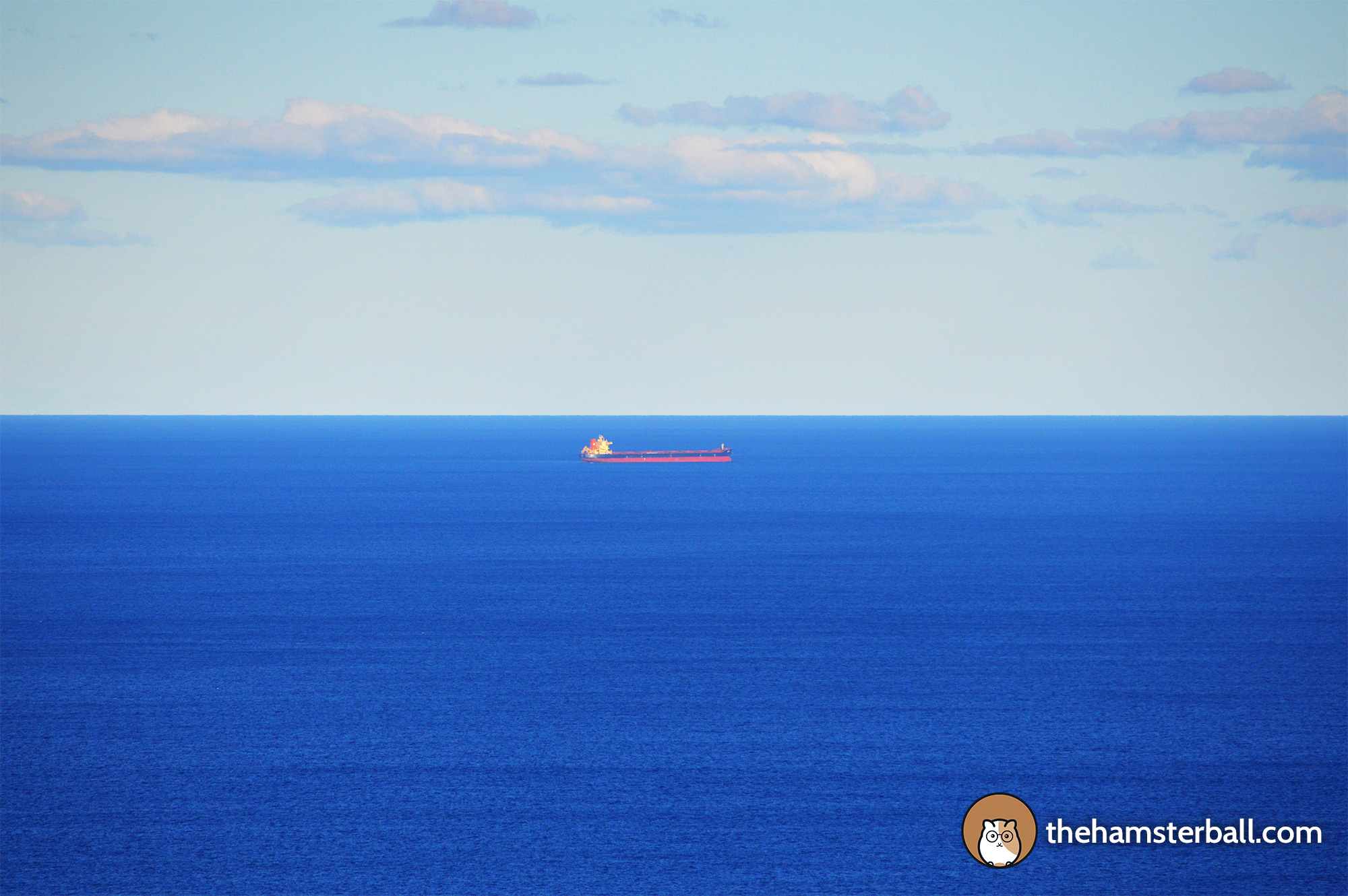 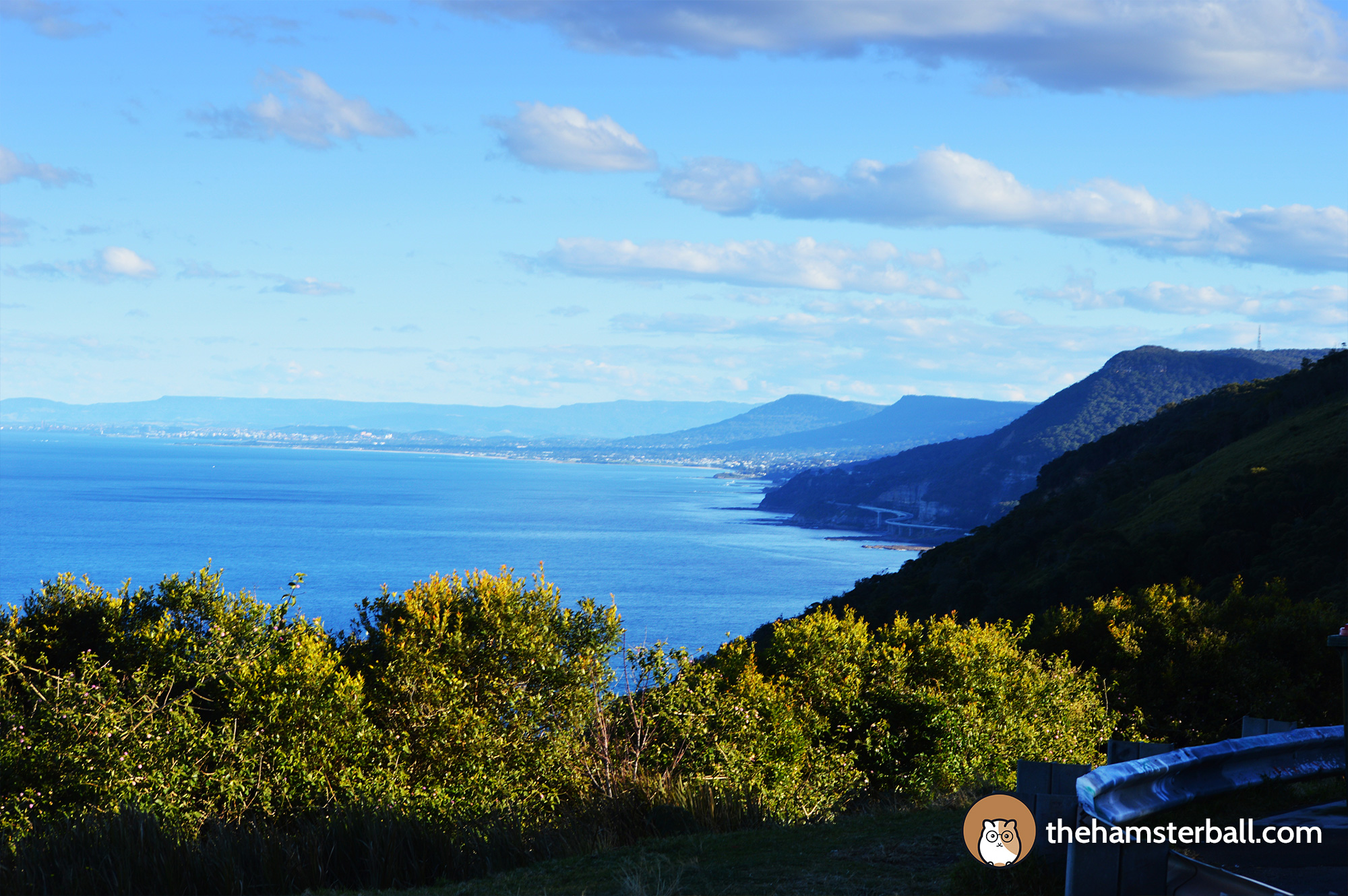 That’s a whale, fraternizing with some seagulls. 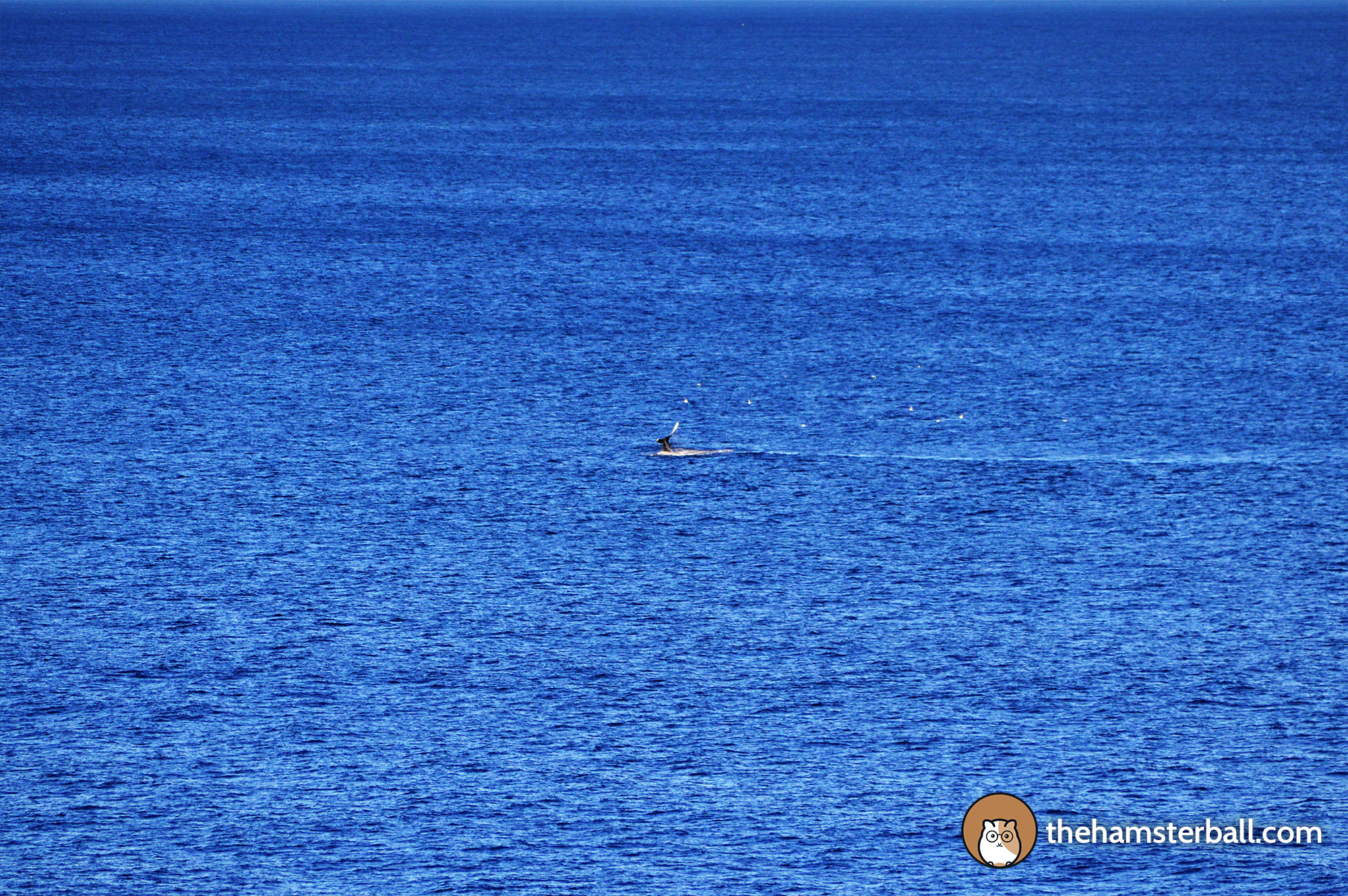 We made another stop at the Sea Cliff Bridge on the Grand Pacific Drive near Wollongong. By the time we reached there the sun had hidden behind the mountains. Here I could hear the water crashing against the rocks below us, sending puffs of foam in the air. 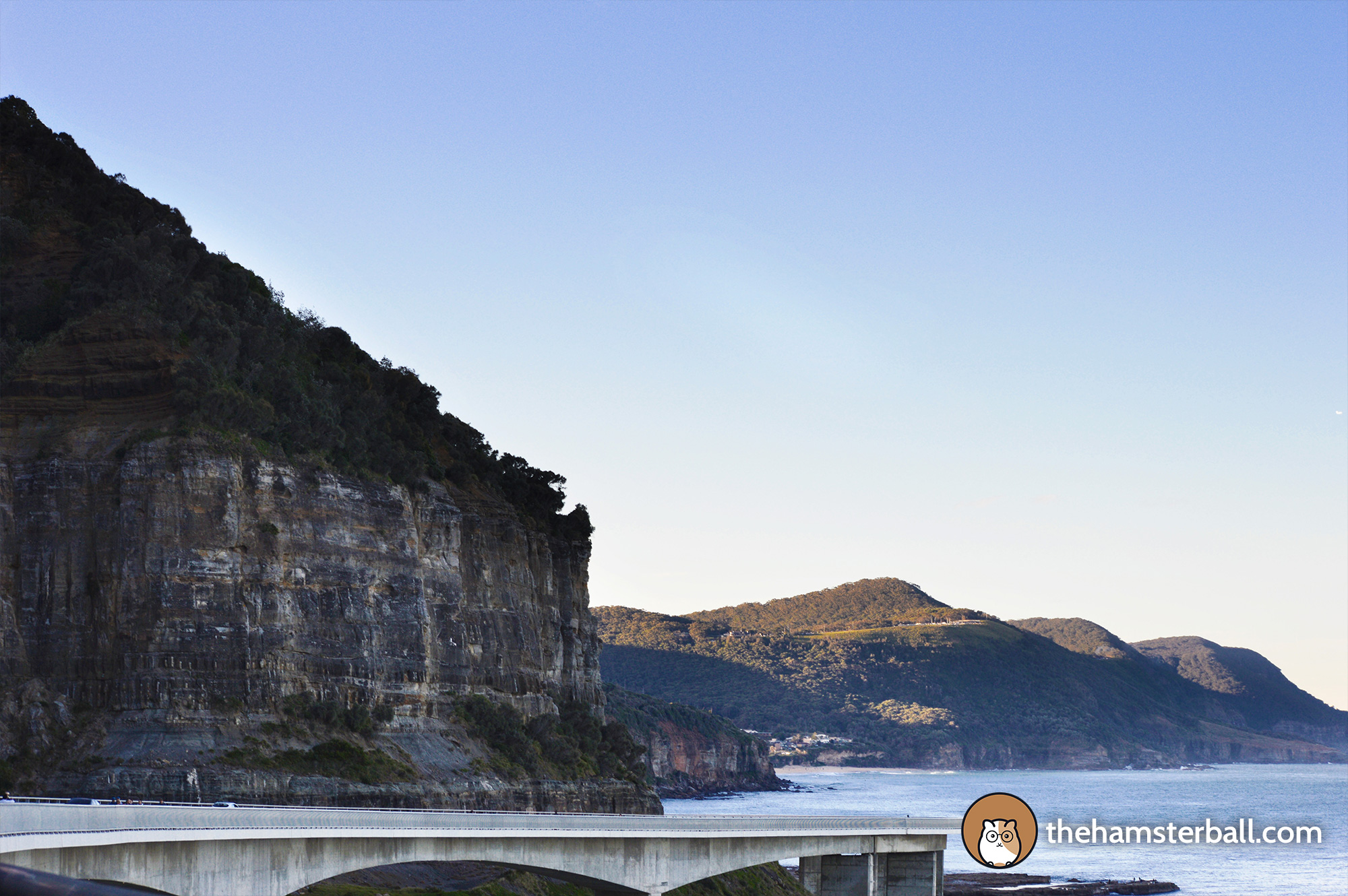 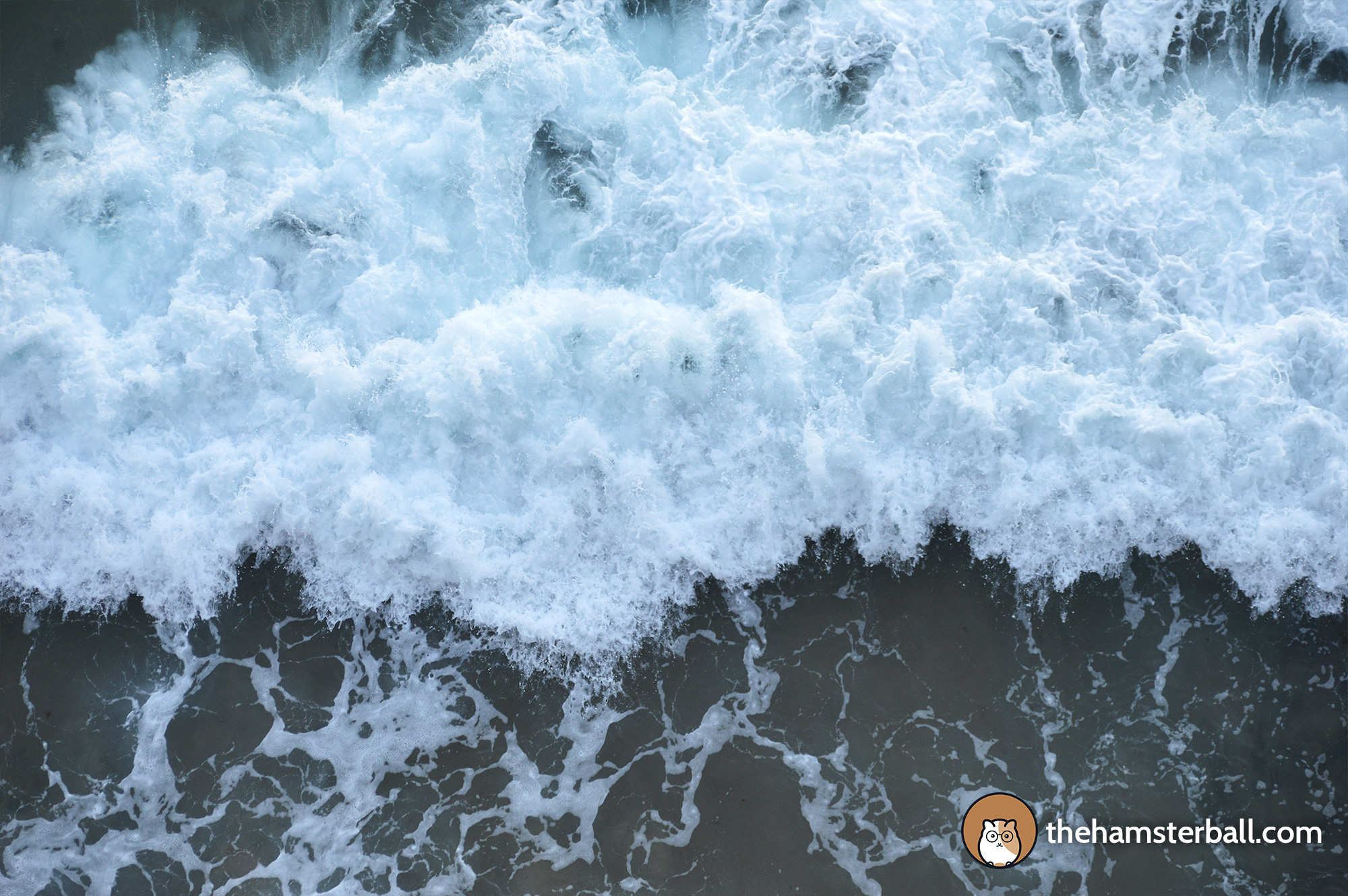 Love locks. These were spread all along the pavement overviewing the sea. It’s amazing how something so simple becomes so beautiful when given a meaning. 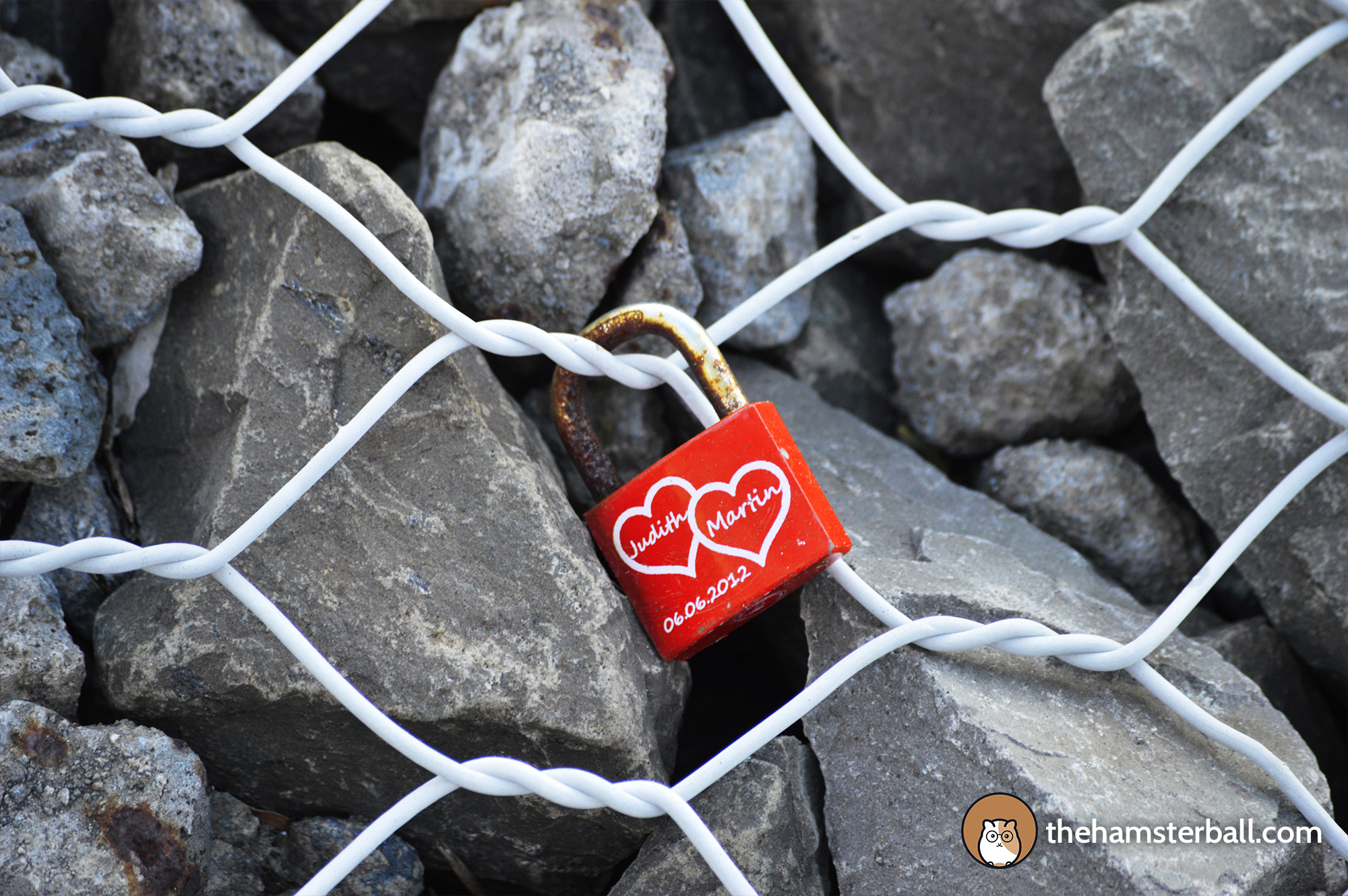 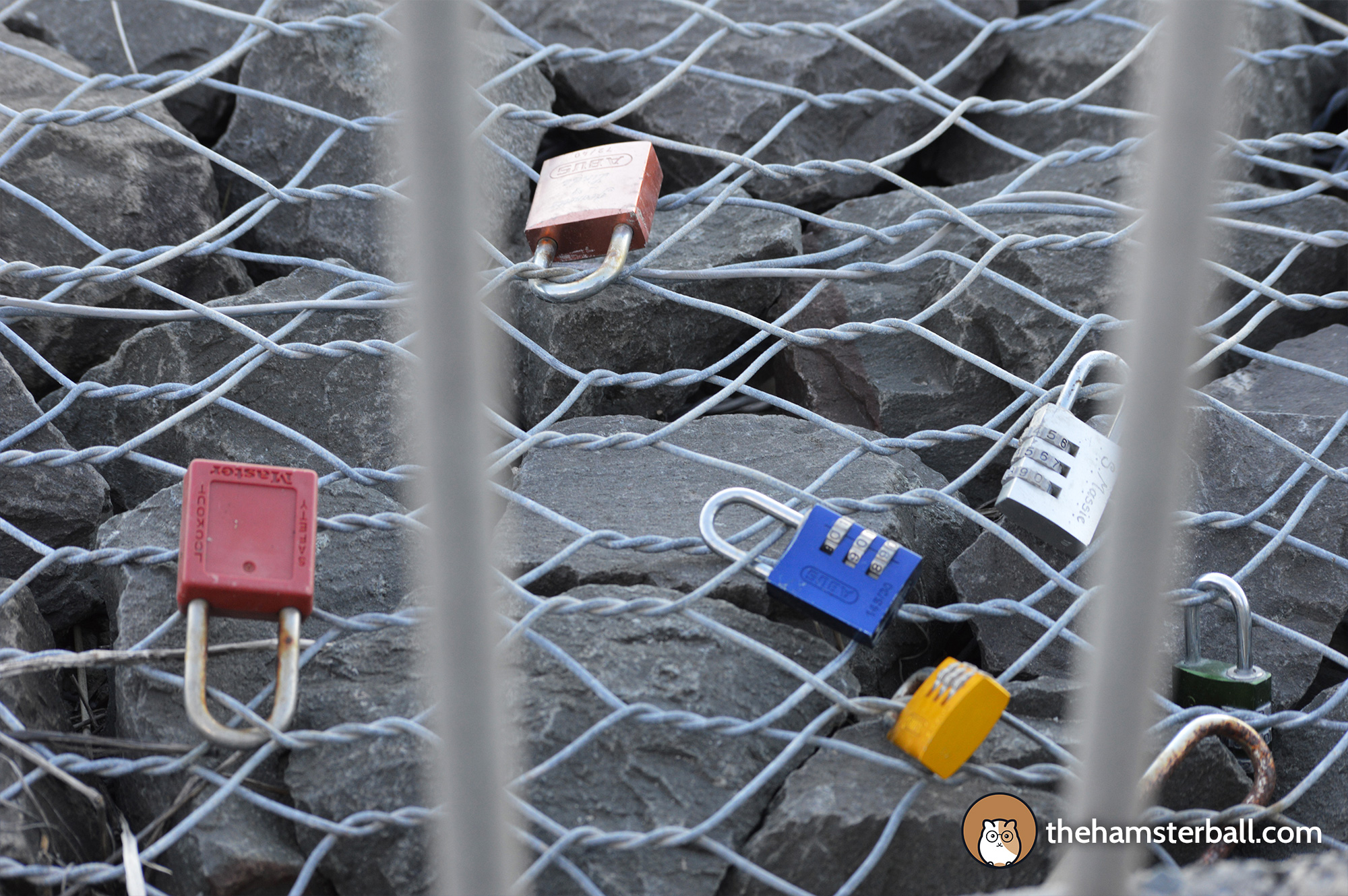 Time to get up close and personal with the sea so we made our final stop at the Austinmer Beach. A squeal of excitement escaped me. This is how I wanted to experience the sea for the first time; quiet, uncrowded, blue. 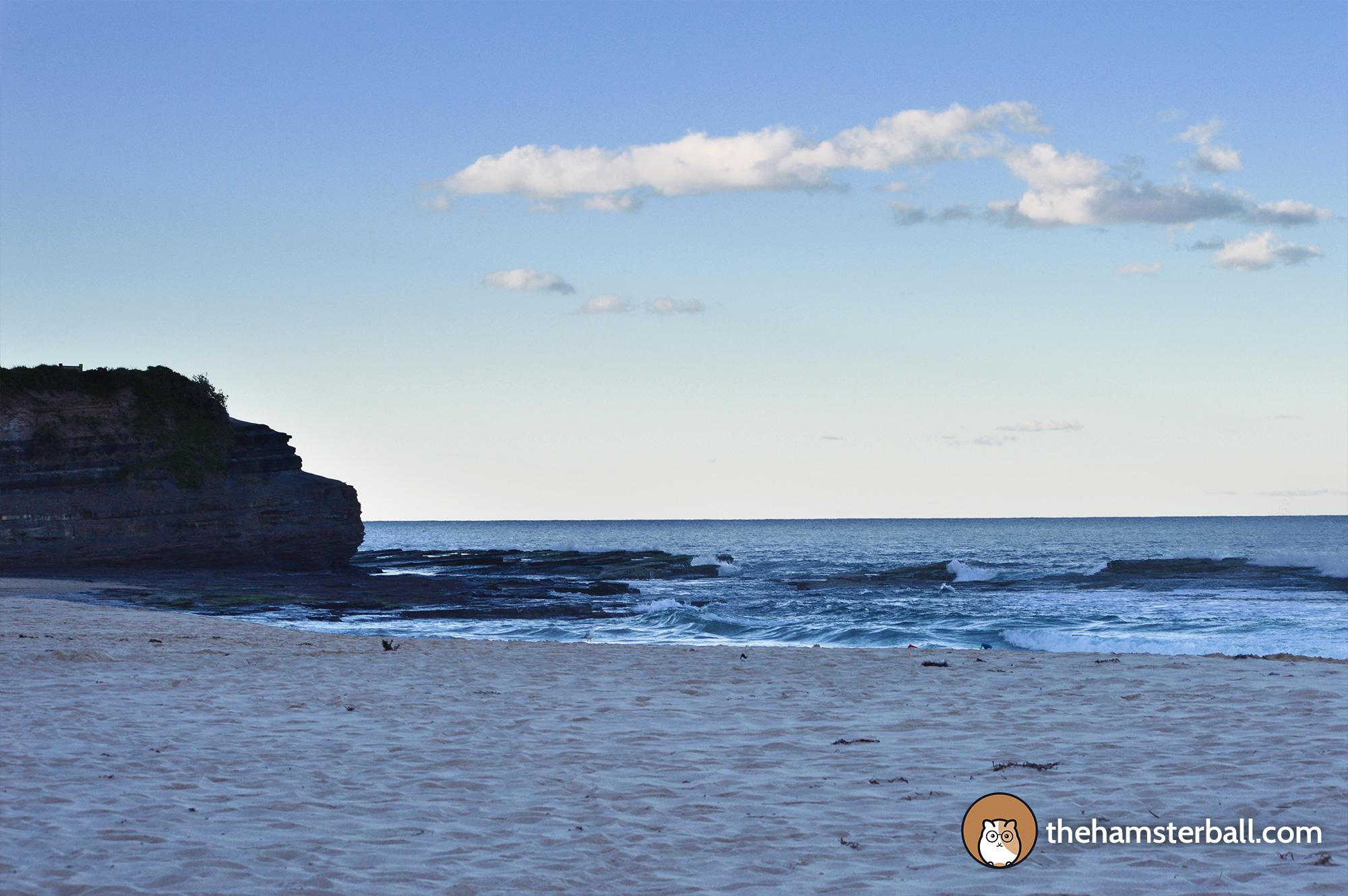 I took off my shoes to feel the sand. Cold! Cold! Cold! I stepped closer to the water and let the wave hit me. It came, it went back, taking a little bit of sand from beneath my feet, giving the feeling that I had sunk a little bit.

(I look like a blob because that’s what happens when you underestimate the weather and don’t take your coat with you.) 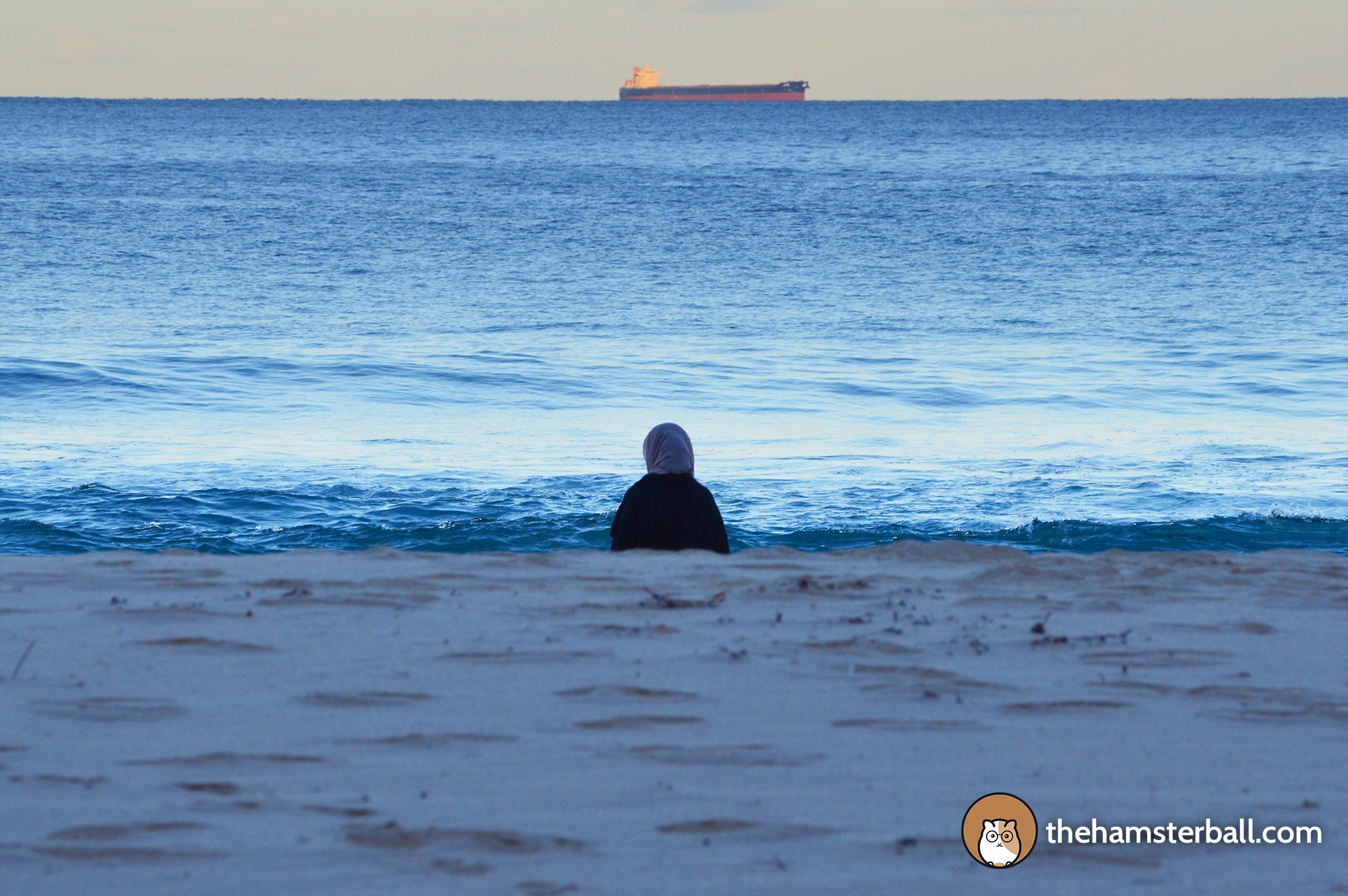 Frostbite at this point. 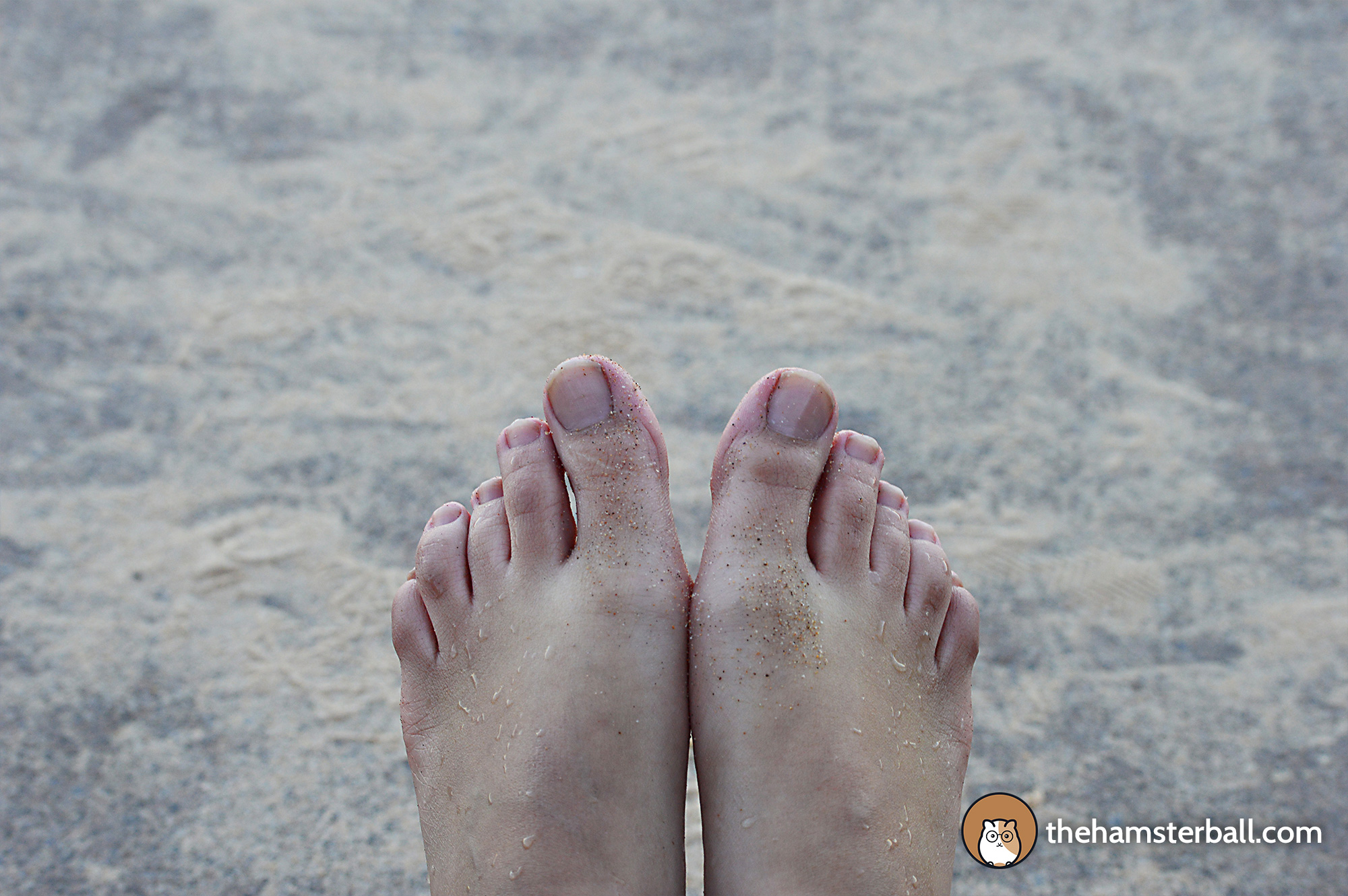 I made some friends. This guy was extremely camera shy. Gave me a month’s worth of work out. 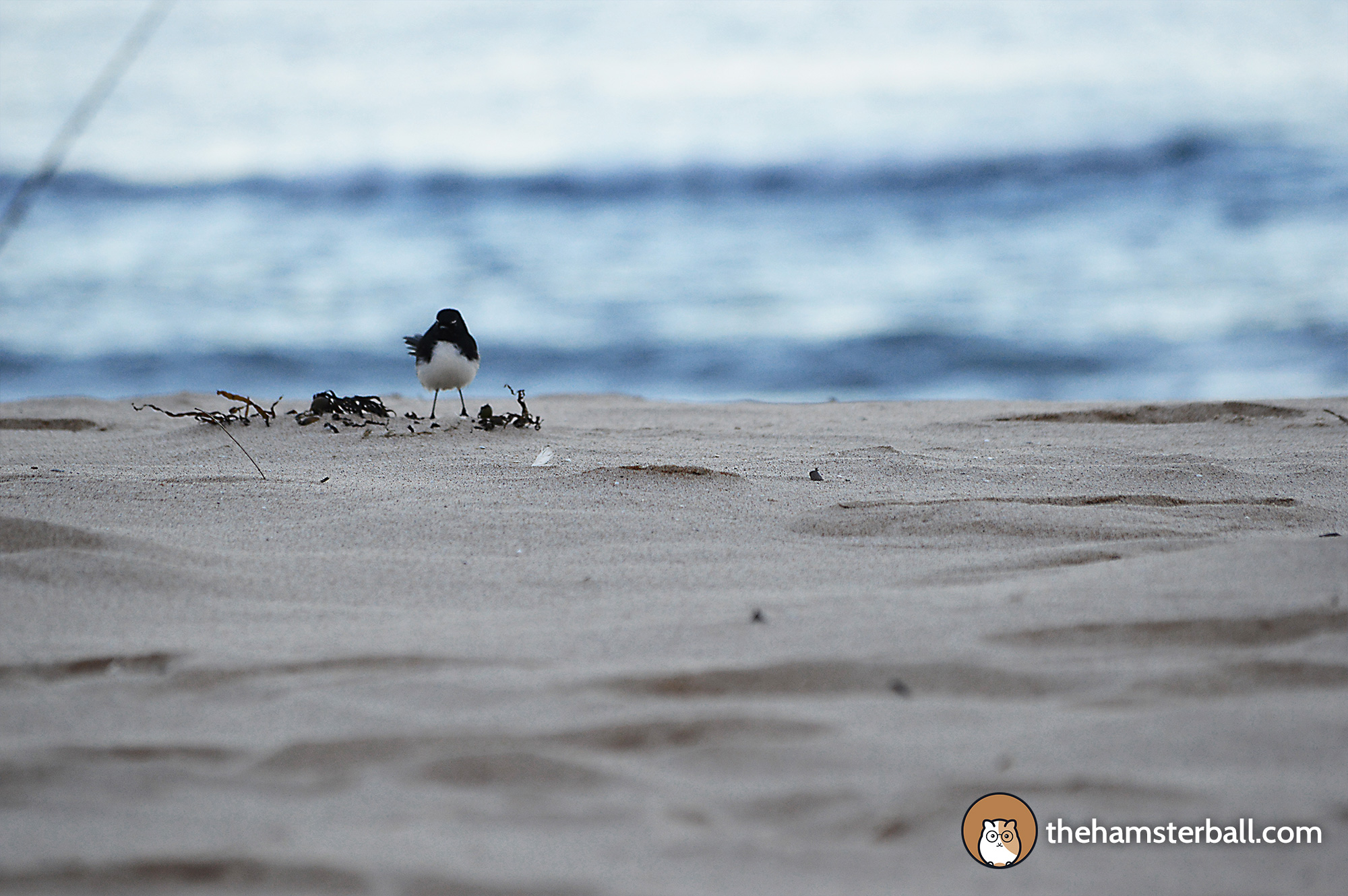 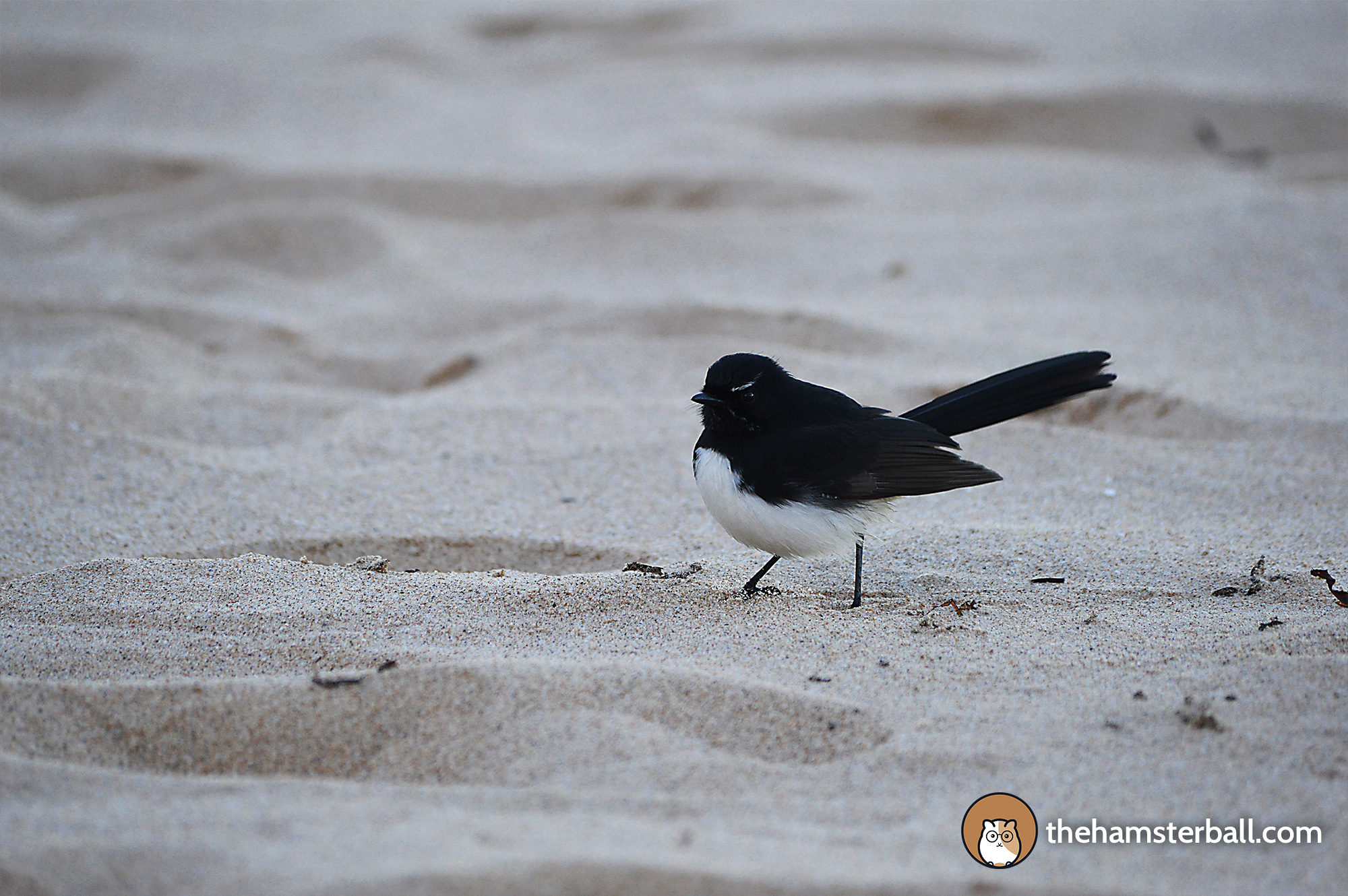 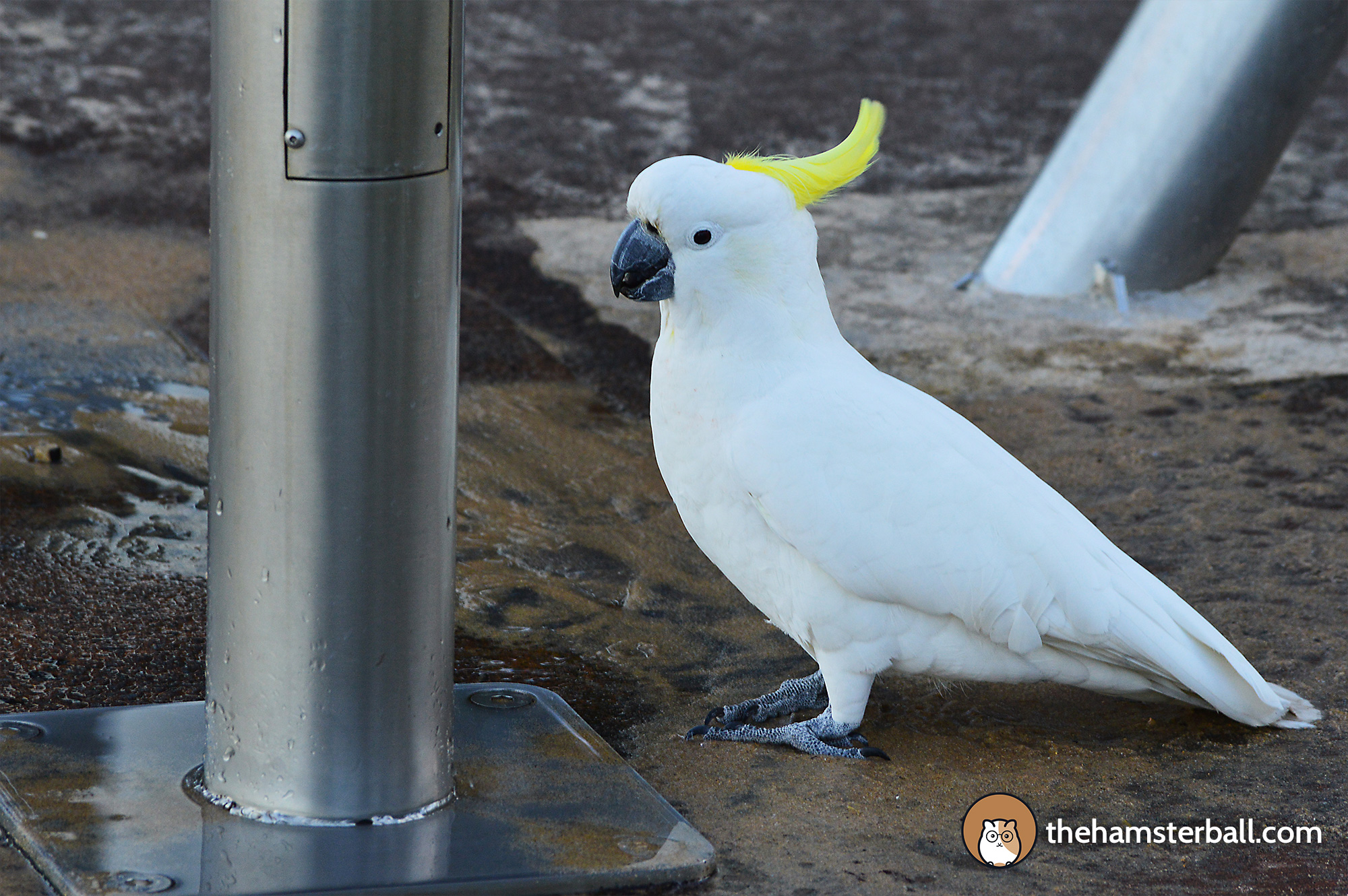 It was time to grab a bite. We decided to immerse in the iconic diner experience in this small place by the beach called Shells Diner. Classic rock and country music banged in the background and I spotted some AC/DC and Led Zepplin on the walls. My kind of place. 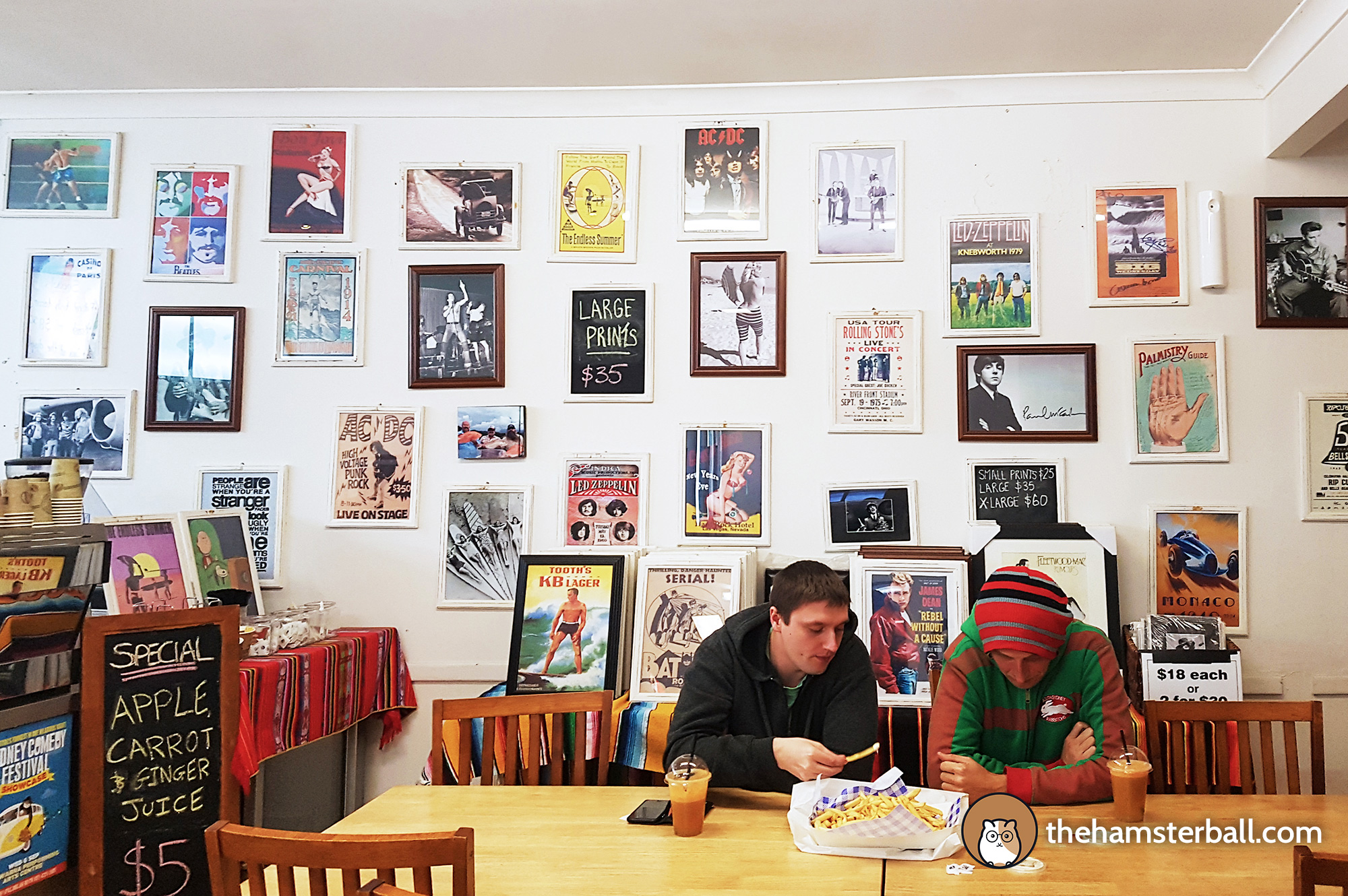 We ordered tea to beat the cold with some Barramundi fish and chips. 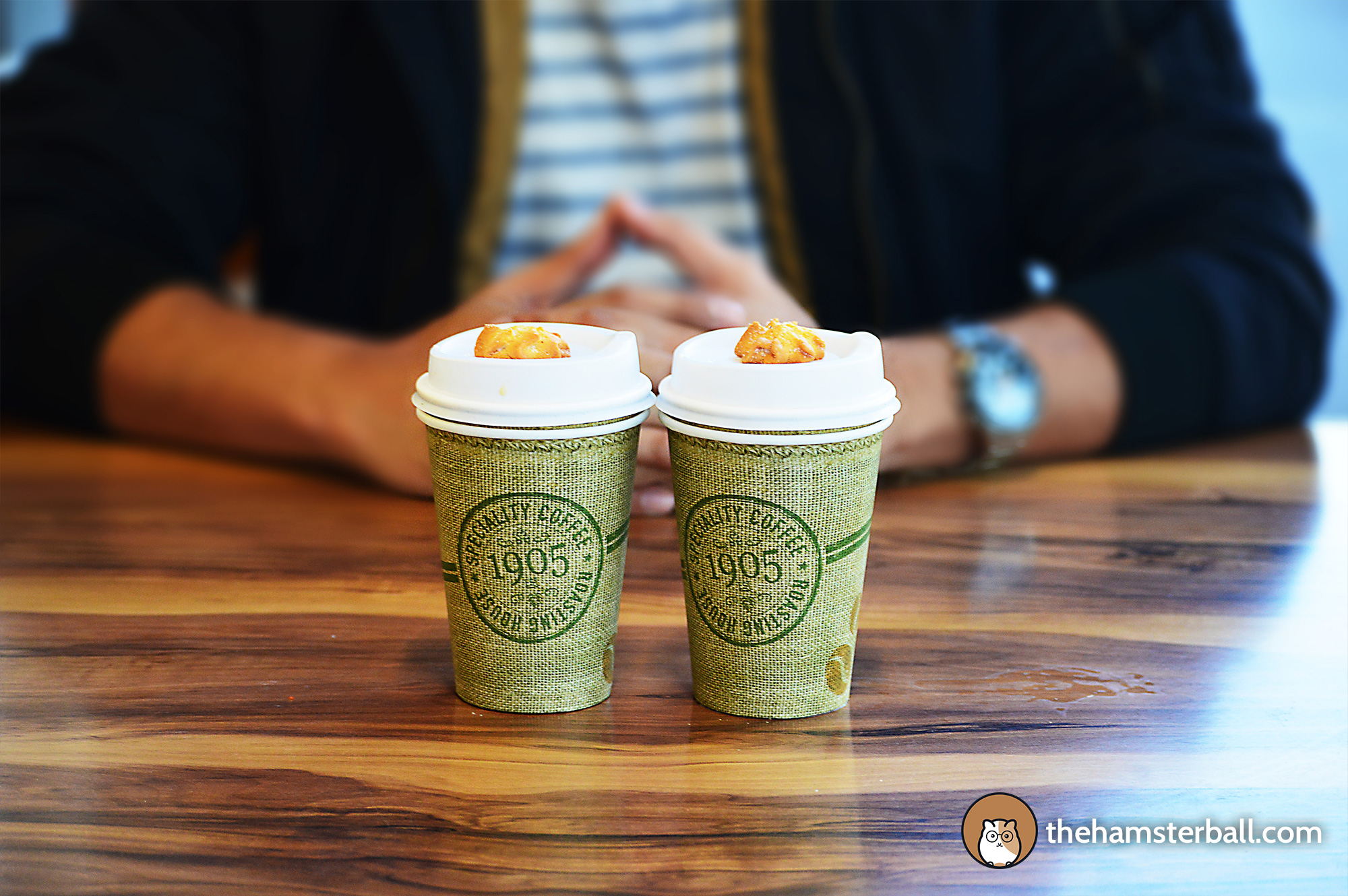 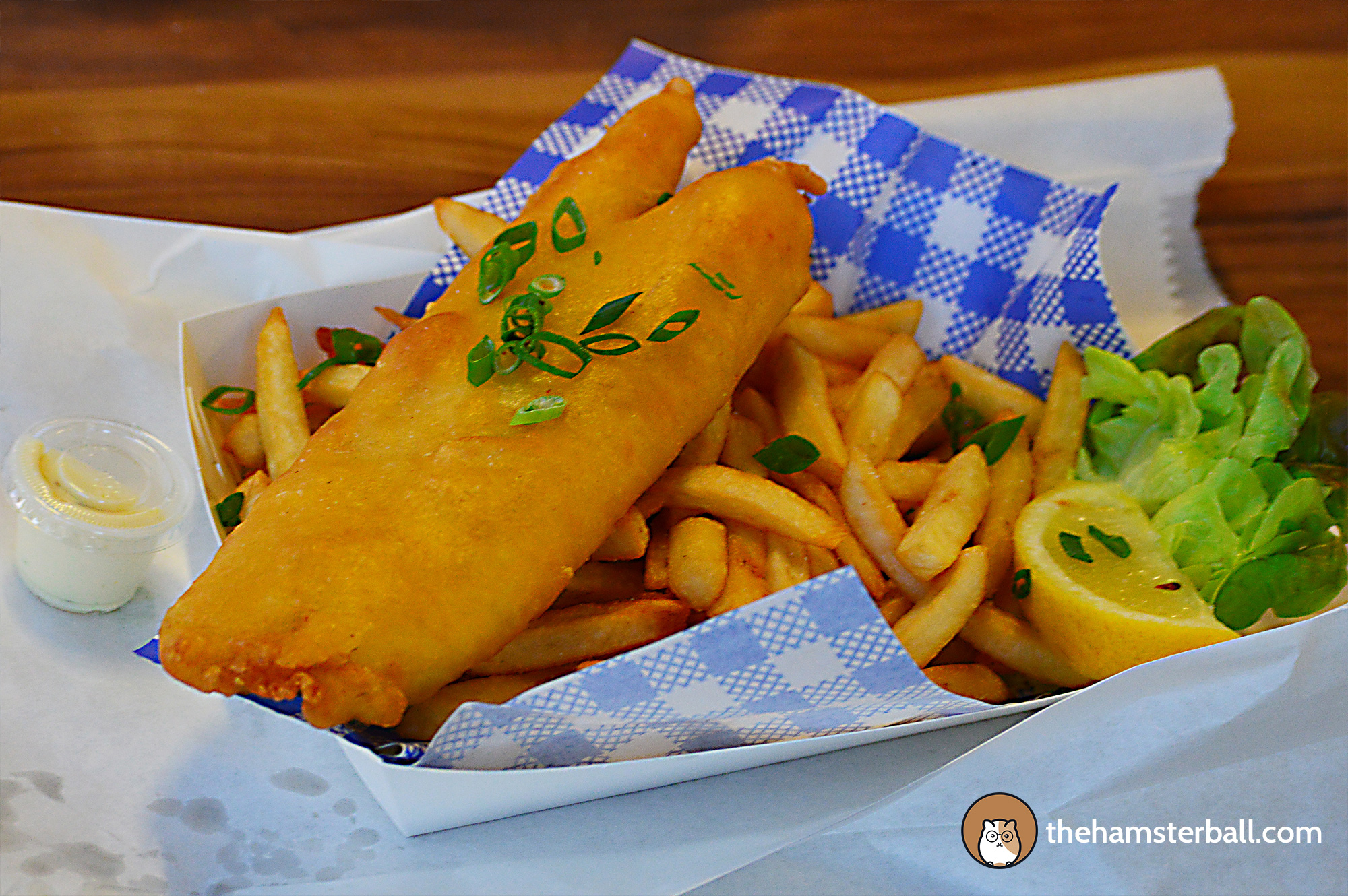 As we devoured the delicious food and enjoyed the sunset I could hear the owner singing along to the music on top of his voice.

This guy was having the time of his life. Maybe having, even more fun than his customers. I have never seen a happier man at work. He came out of the back and introduced himself as Brad. He fit the diner’s persona perfectly, straight out of a classic rock band. 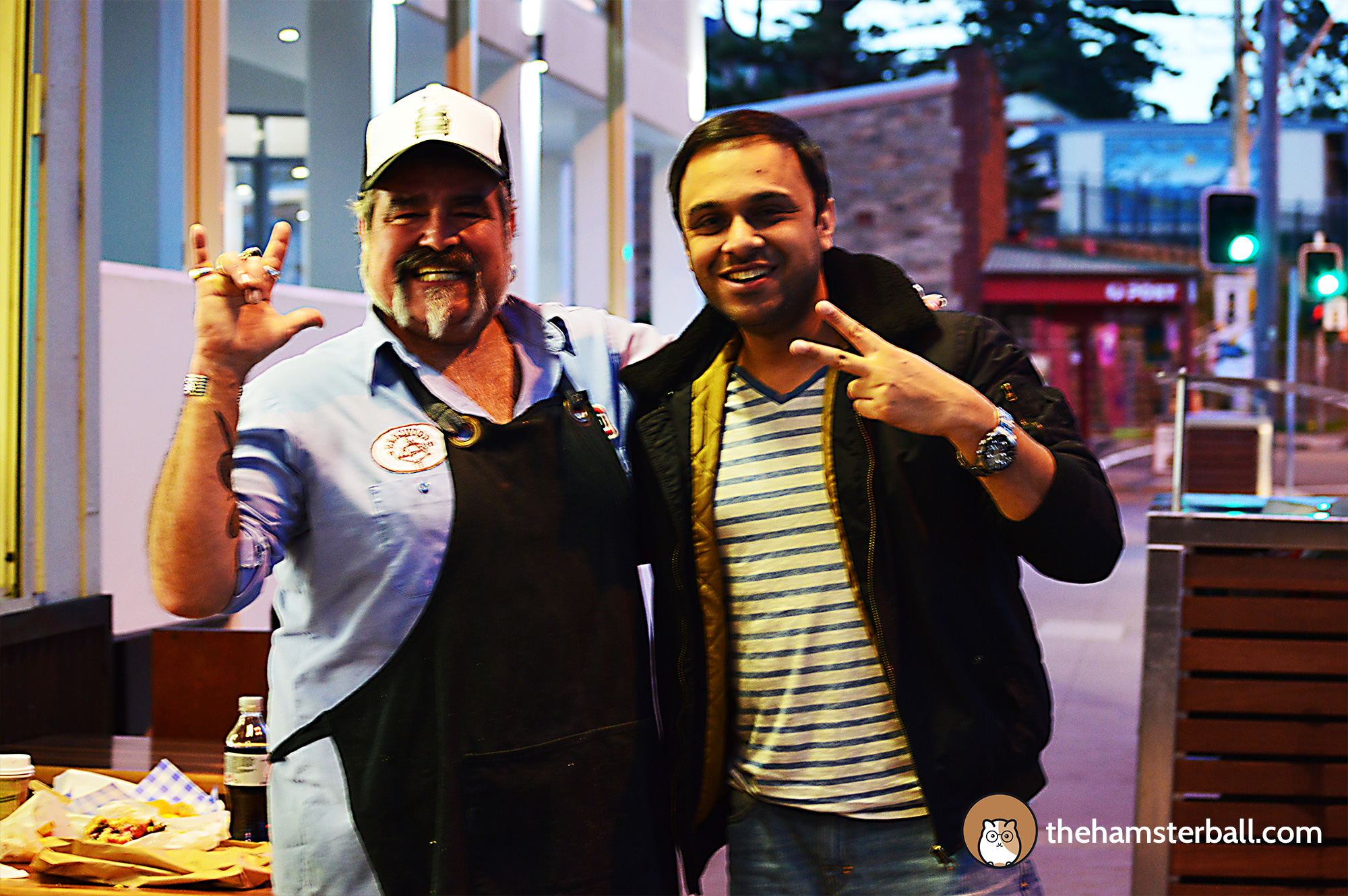 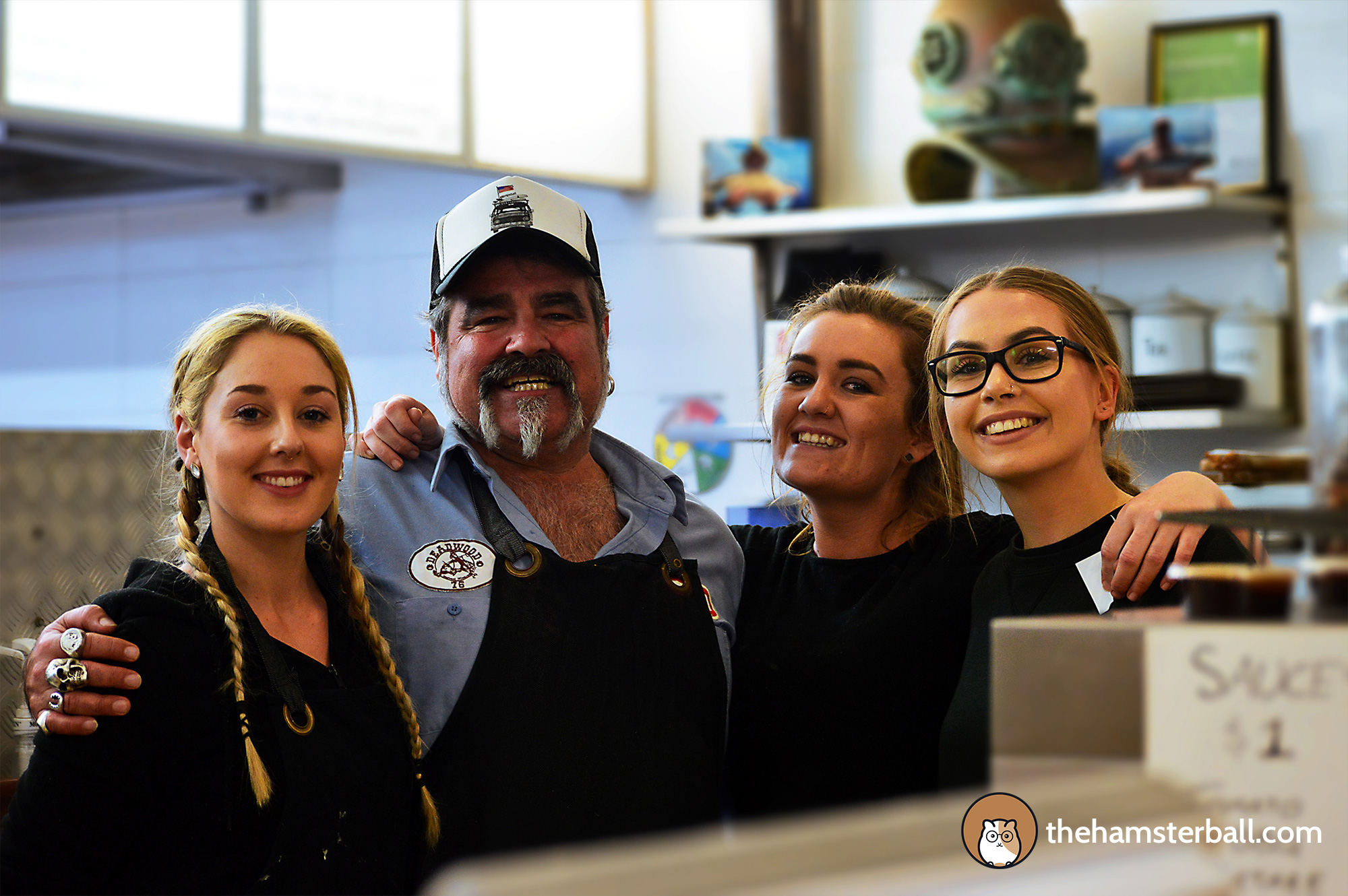 During a pleasant chat, he said that we’d be able to take amazing photos in a few moments. As we turned our attention to where he was pointing, we witnessed a gigantic full moon rising from the horizon – putting the sun to shame. 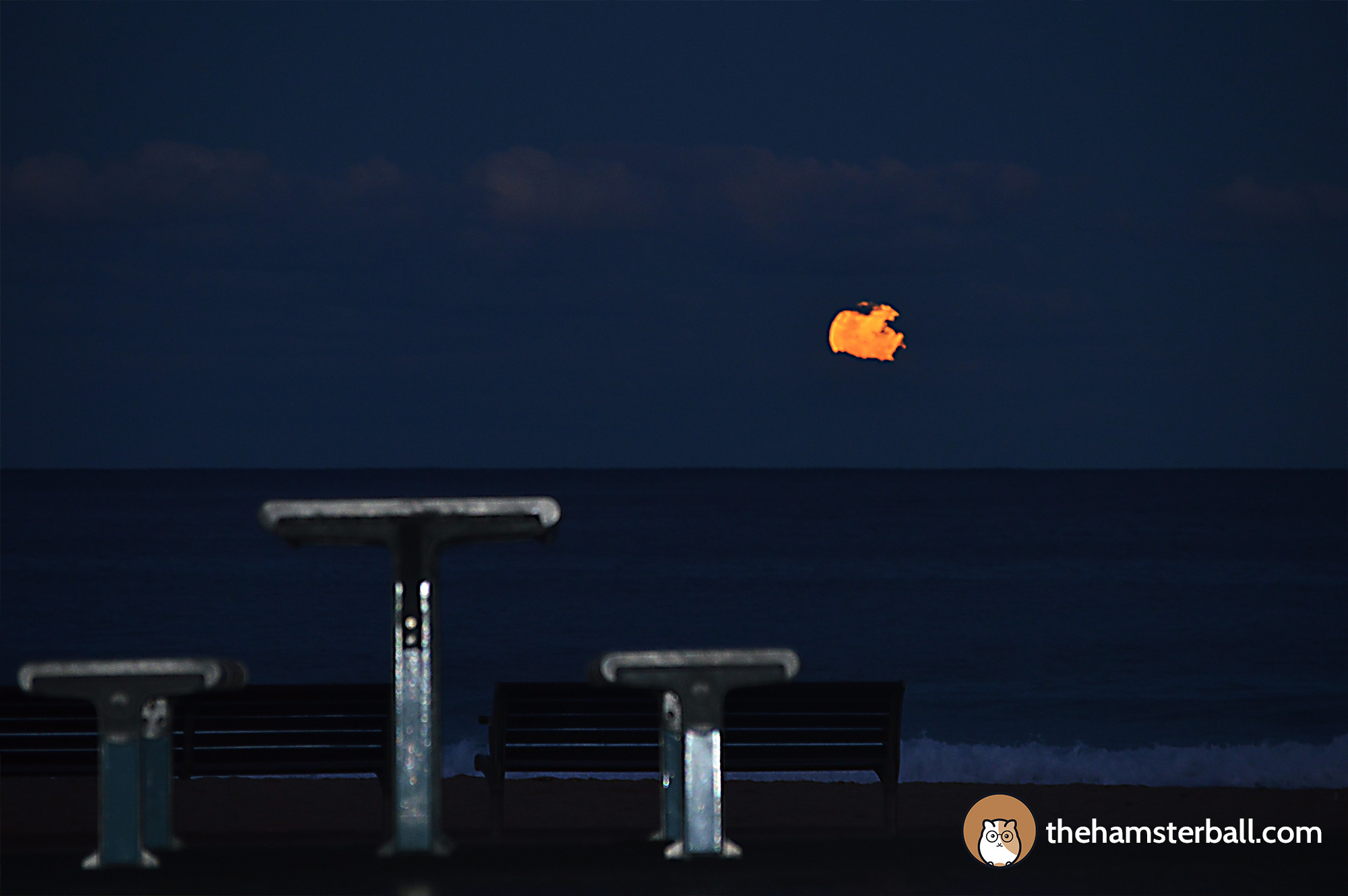 The whole landscape became eerie. The calm sea became aggressive, the tide acted like a Spanish bull that has seen a red flag. 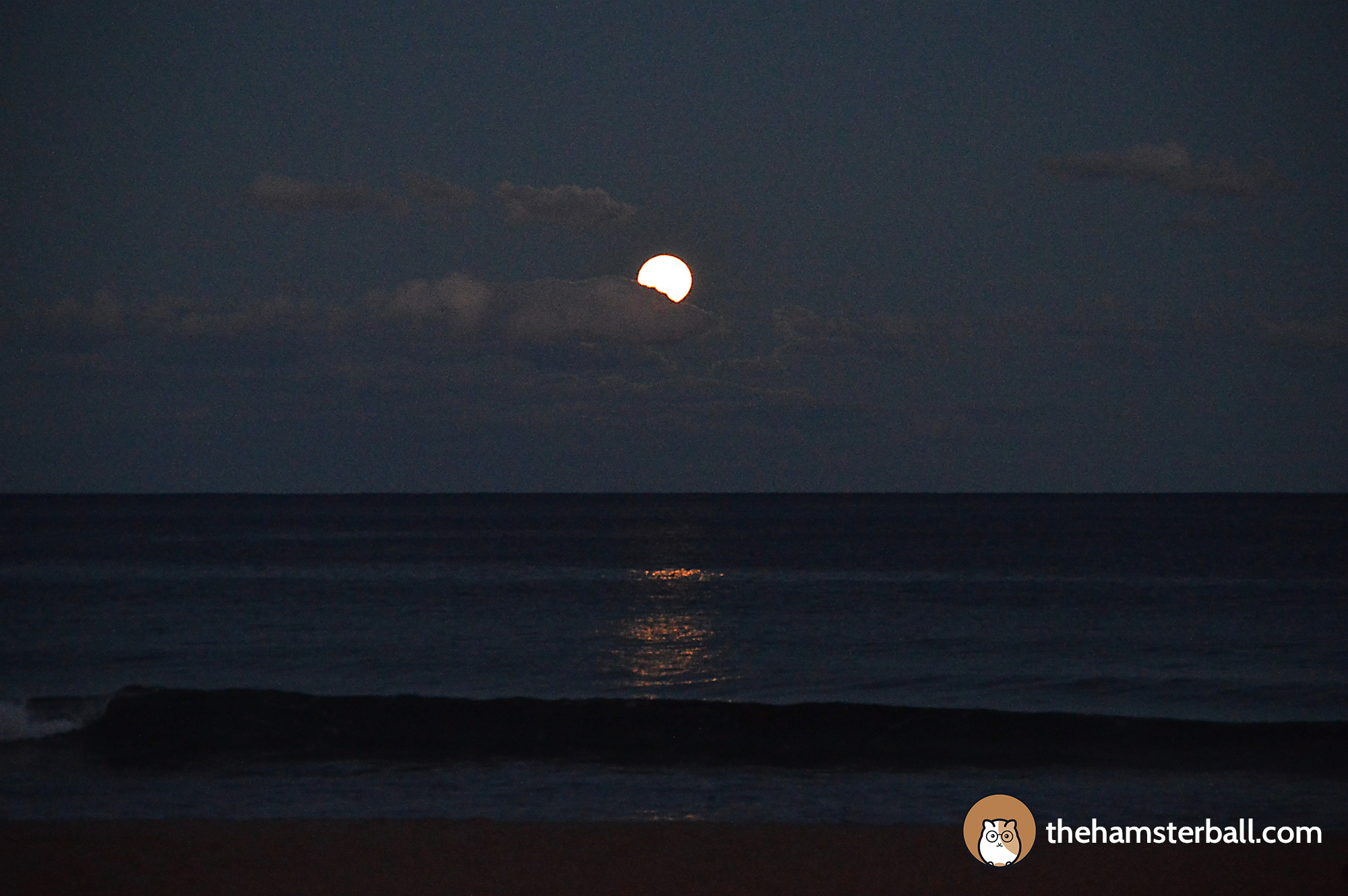 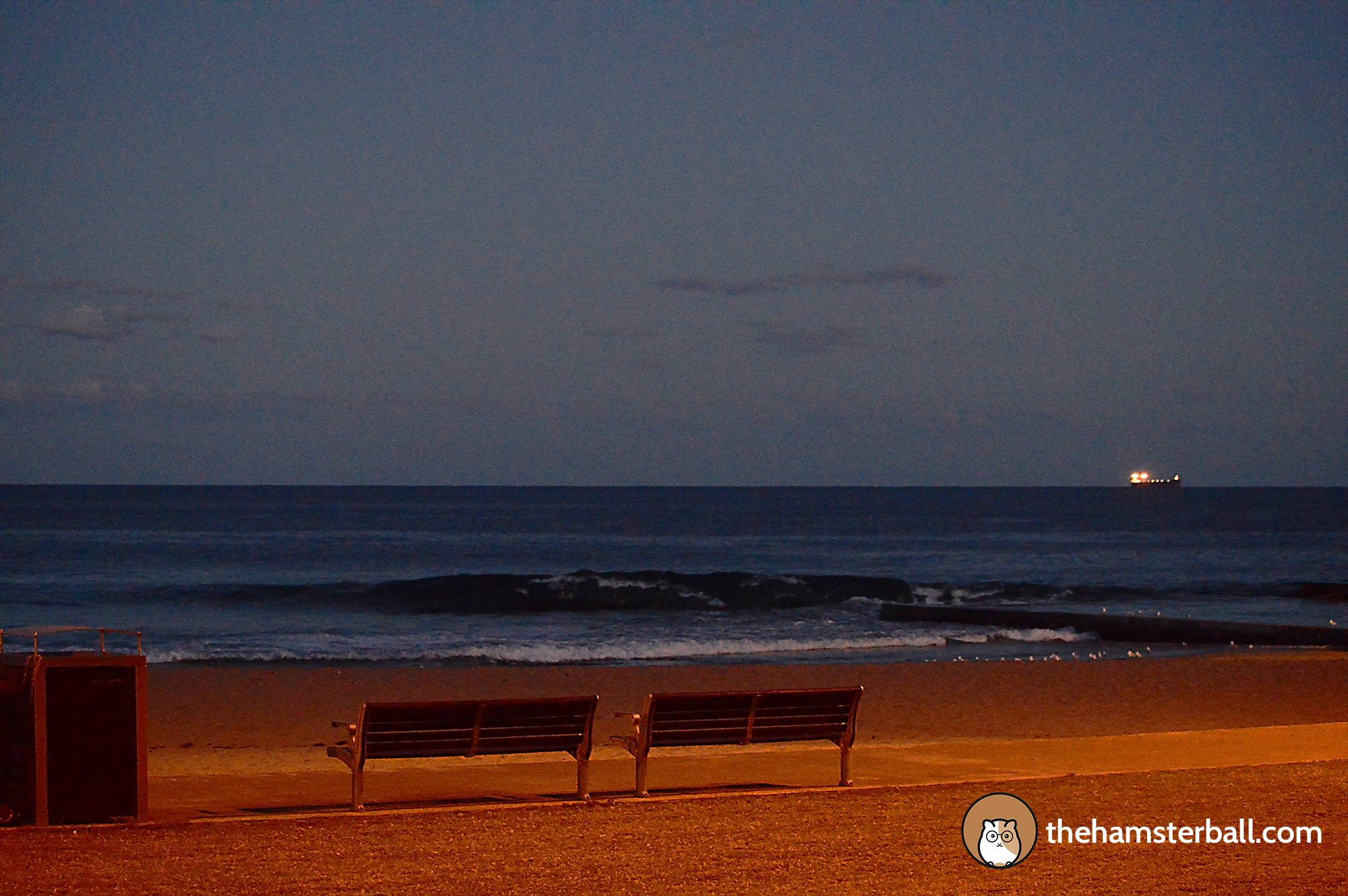 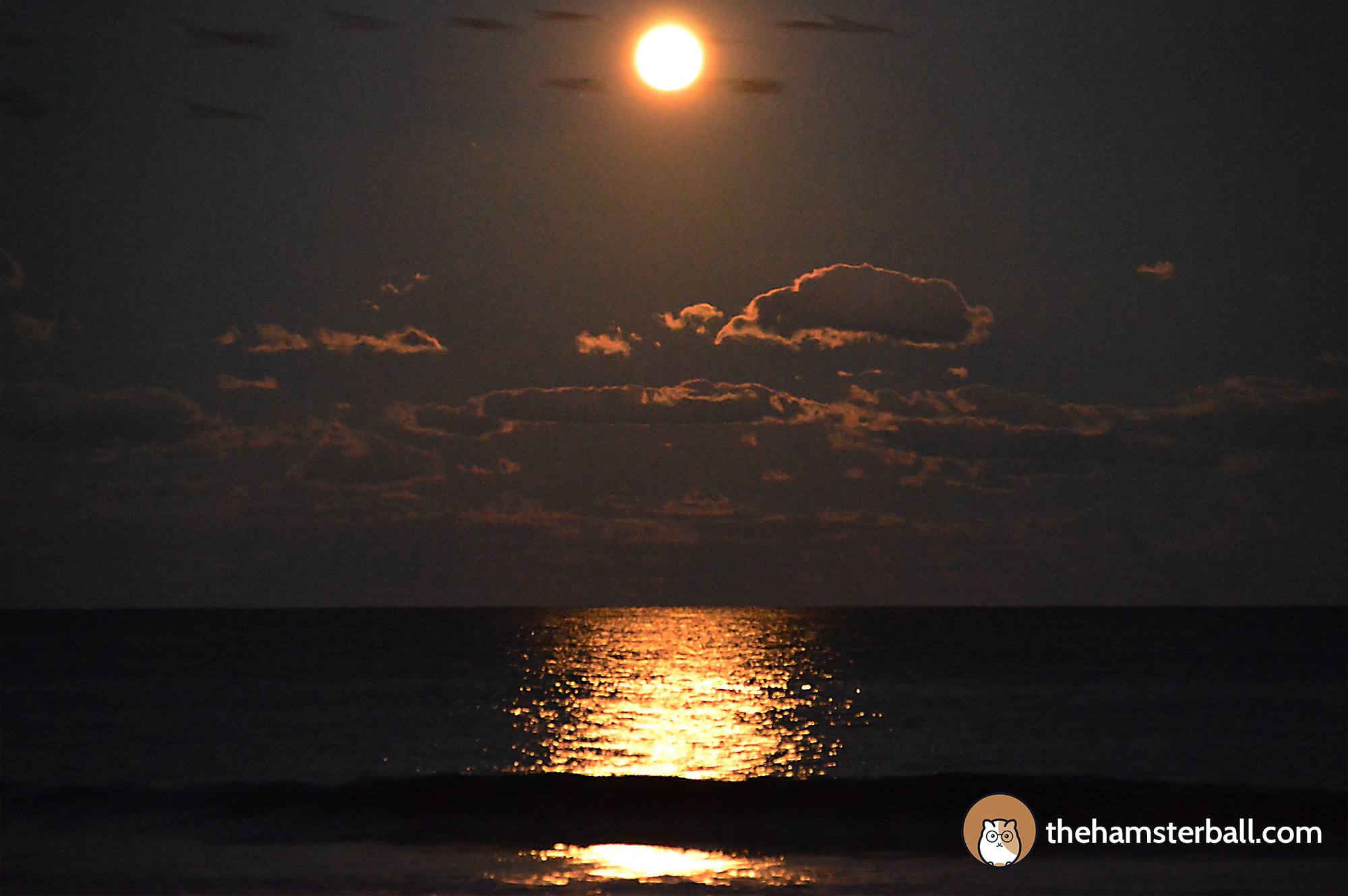 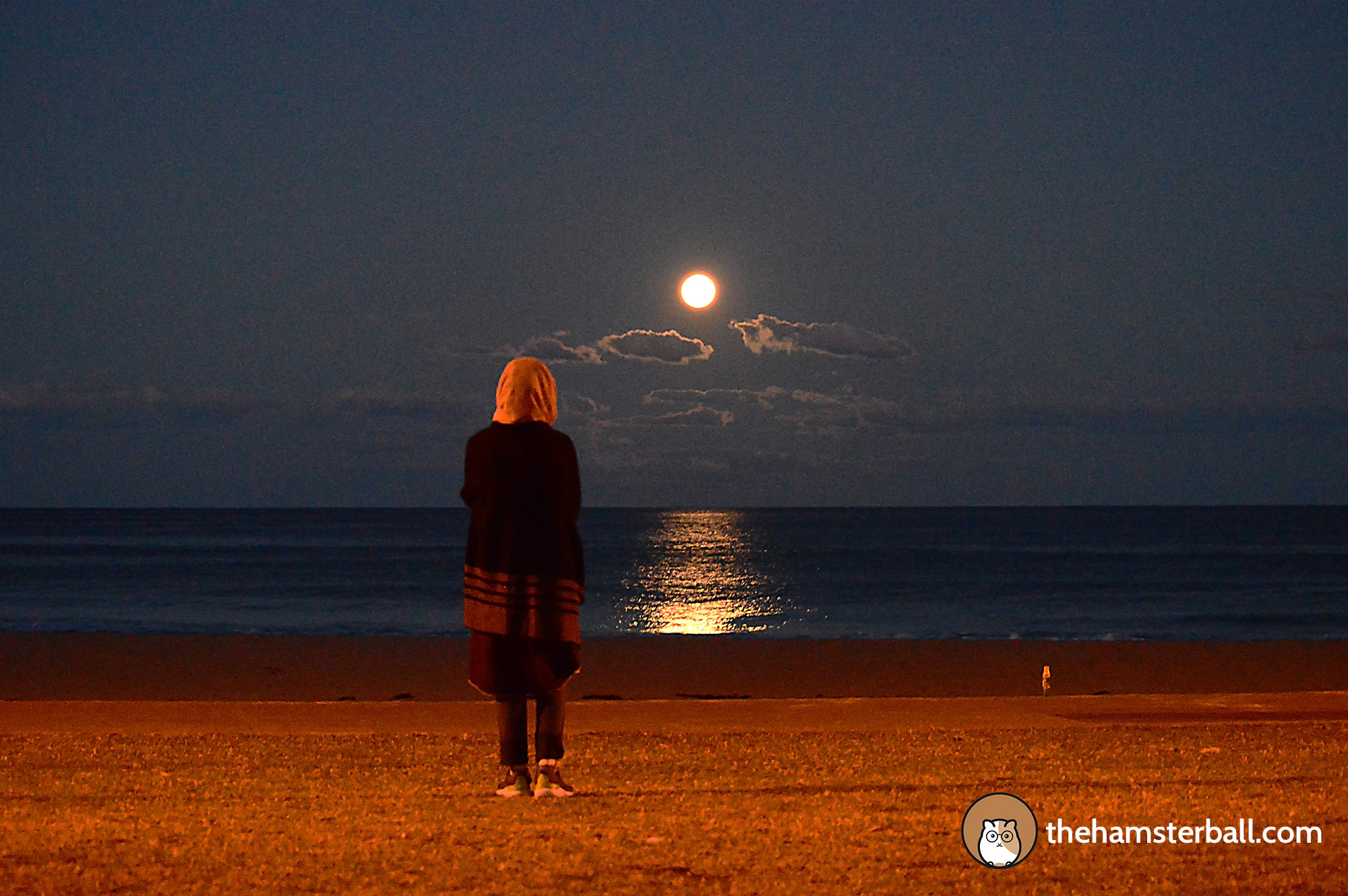 And with this final shot, we said goodbye to the sea and this dream of a day. 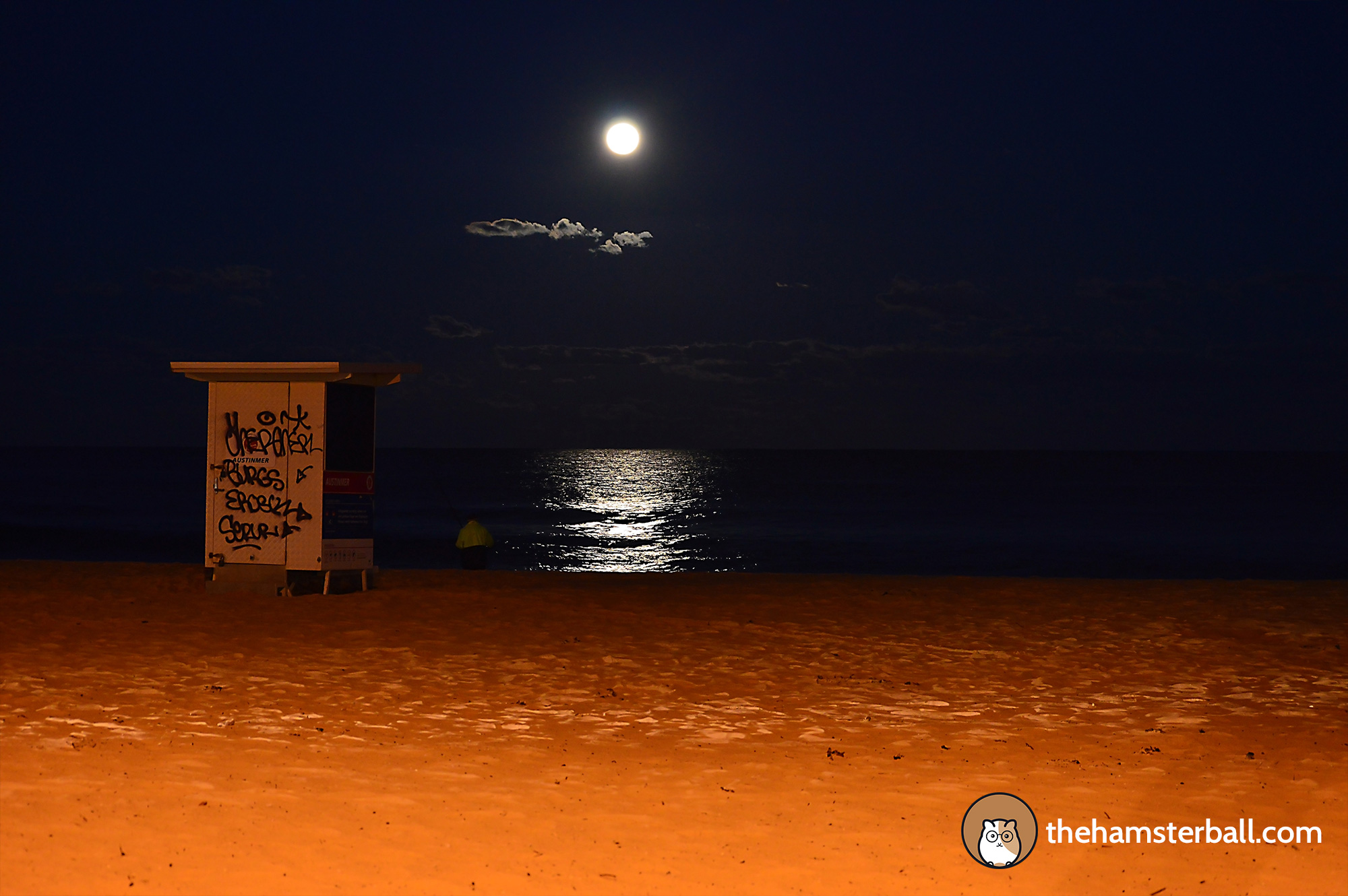 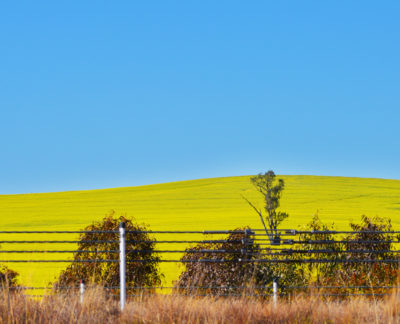